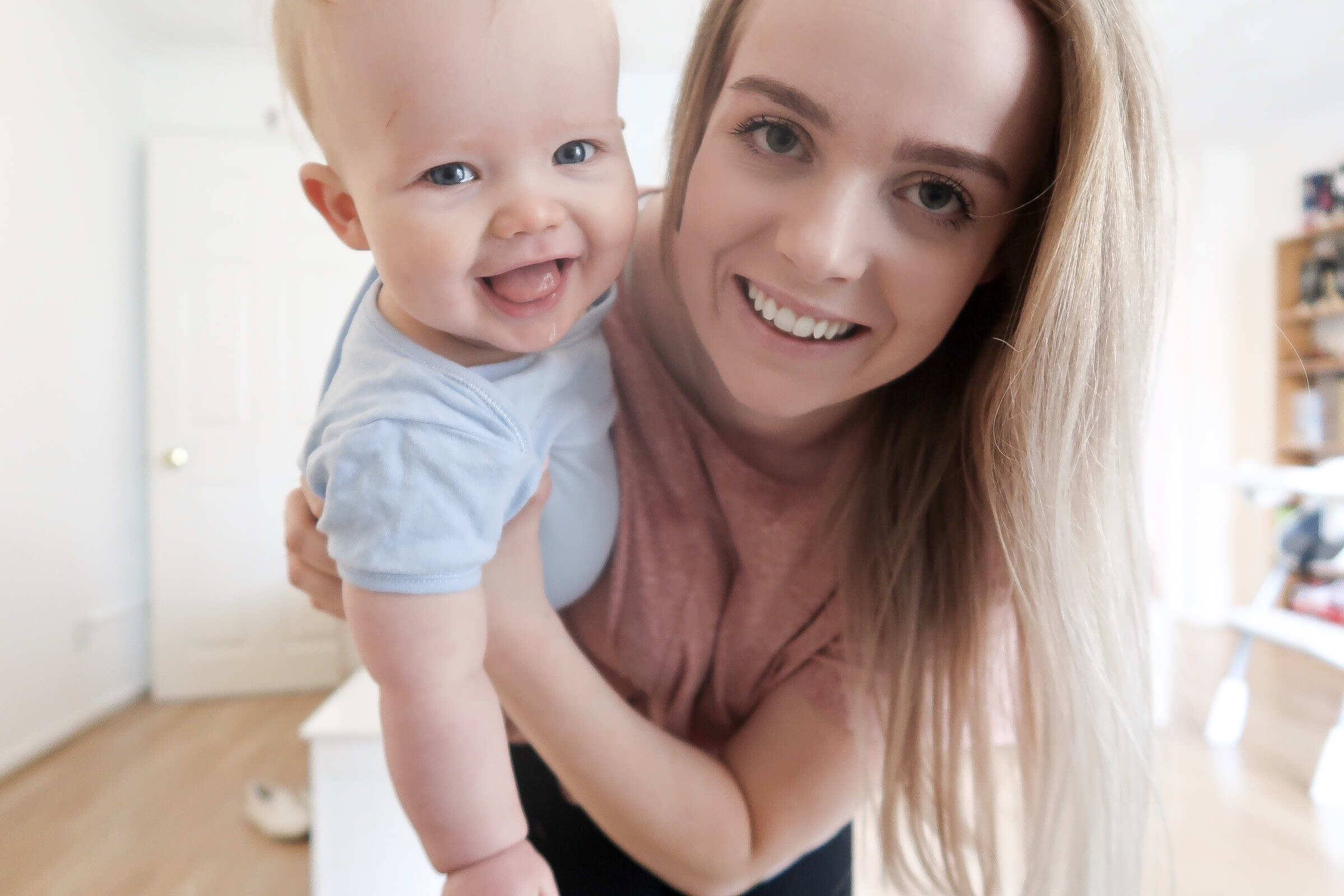 This is almost certainly the most controversial post I have ever written and for that reason it has been tough to write. It’s been in my drafts for nearly a year now. I know exactly what I want to say but I worry about not articulating it properly, people reading it the wrong way and not doing to subject the justice that it deserves. I want to start by saying that I am writing this from a positive place, and the feelings that I will talk about in this post have now passed and I couldn’t be any more in love with my beautiful boy. He is everything I ever hoped for, and gender doesn’t come into that.

Some of you will wonder if I am sharing too much by writing this post. And to some of you, it will be too much. There will be people who think I shouldn’t have written it at all. But I have always maintained that as much as I love having other people read my blog, I write for me. I jokingly refer to my blog as being like my therapist and that couldn’t be more true in this case. If this subject is something that is going to offend you or bother you then I suggest you just don’t read on. There will be people reading this who wonder how on earth I could ever feel this way, people that think I’m ungrateful for what I have. But there will also be people reading this who will feel a huge sense of relief that they are not the only one. That they are not alone. You are not alone! This is a topic that I want to talk about and if it helps just one person – it will be worth it. As I said before, I am writing this from a positive place but that doesn’t mean that a negative comment won’t hurt, so please be kind.

It’s hard to know where to begin with this post as it is such a huge topic. As always, all I can do is to share my personal experience and hope that it comes across as I intend it to.

There will be some people reading this that think I’m a monster for ever having felt this way, or thought these thoughts, let alone to be writing them down. But I think it’s important to talk about the things that make us uncomfortable, because that’s how progress and change comes about. I could easily count on one hand the amount of people who I have ever heard openly talking about gender disappointment, but when I posted about it on Instagram so many more came forward and shared their experiences.

One of my closest friends very openly told me that she had experienced gender disappointment long before I was even pregnant for a second time. The fact that we had had those conversations meant that when my own little niggling feelings started creeping it, I was prepared. I knew that I wasn’t a monster. I knew that other people had felt this way and that, most importantly, they had got over it and gone on to be thrilled about the gender of their child and have a wonderful relationship with them. And that’s really the reason that I wanted to write this post, to help somebody else in the way that my friend helped me, just by being honest.

When you are pregnant, people often ask you what gender you are hoping for. The answer that everyone wants to hear is ‘so long as it’s healthy then that’s all that matters’, so that is what the majority of us say. And of course the health of the baby is the most important thing, the 20 week scan isn’t a ‘gender scan’ its a ‘growth scan’ to ensure that the baby is healthy and growing at the correct rate. However sometimes you can’t help but have a preference. There was no part of me that wanted to have a preference, but I did. I battled with it for weeks before we found out. I knew what I wanted and I was so scared of how I would feel if I got an answer different to the one I was hoping for. I wanted a girl. I wanted Darcie to have a sister. But more than that, I was convinced I was having a girl. I’m one of three (girl, girl, boy) and so maybe there was a part of me that just thought that I would have the same. I wanted two girls, and then a boy. So I did want a boy, I just didn’t want this particular baby to be a boy. I know how ridiculous that might sound if you’ve never experienced it, but you can’t help how you feel.

We had a name picked out and in my head I could see this little girl, Darcie’s sister and our second daughter. I could imagine then playing together, what she would look like, what her personality might be. In my head, this little girl was very much real. She existed, she was my daughter.

When we went for our scan, they started from the head downwards. Everything was perfect growth wise and there were no visible anomalies which I was so, so grateful for. Then as she got down to the moment of truth I saw what was obviously a little boy. She said to me ‘so, can you tell what you’re having?’ ‘…A boy’, I replied. Saying those words didn’t feel real and honestly, my heart sunk. The tears came and at first they were just tears of shock, tears of ‘wow, I know what I’m having’. But as I lay there, the tears turned to sadness. I felt my heart break as the little girl I had been imagining slipped away from me. She didn’t exist and in her place was this boy. A boy who I felt no connection to, who I couldn’t imagine.

The sonographer didn’t know how I was feeling and I’m sure they are well used to pregnant women crying on the table. But Dan knows me better than that, and he’d known what I was hoping for. When we got out he put his arm around me and said ‘they aren’t happy tears are they?’. I could barely admit to it because by that point the guilt had flooded in. What kind of a mother was I? I’d just been told I’m having a perfectly healthy baby boy, and I was devastated.

Telling people was hard. When it’s your second baby and you already have a girl, everyone assumes that a boy was what you wanted. When we told people that Darcie was a girl, they all asked ‘was that what you wanted?’. But this time it was assumed that we had got what we wanted. The world couldn’t hide it’s excitement for me, and I just wanted to hide away from the world. That made me feel worse than ever. Everyone else was so over the moon then why wasn’t I? I worried that this feeling would never leave, the mixture of sadness and guilt was unbearable and I just wanted it to stop.

That afternoon I walked down to Sainsburys to get some air and to have a a browse of boys clothes. One of the things I was struggling with the most was that I felt no real connection to having a boy. I don’t like boy’s clothes and as much as I have since found some cute outfits, I will always prefer girls clothes. I stood in Sainsburys and cried again. Looking at the horrible bright blue t shirts and baby blue joggers. Onesies with tractors and monsters. I hated it all, but I hated that I hated it even more. Eventually I found one little outfit that I could tolerate and bought it. I needed to make this baby boy feel real and this was a way for me to do it.

It took the weekend to recover from the shock and then another week or so to feel good about having a boy. Once those feelings had passed I started to really bond with this little boy growing in my tummy, and by the time he arrived I was just as excited as I had been to have a girl. A year on and we have welcomed our son into our lives, he has melted all of our hearts and he is honestly everything I could have hoped for. I wouldn’t be ready to write this post if that wasn’t the case.

The hardest things about this whole experience have been the guilt and feeling like I wasn’t honest with people. If you know me, you will be able to imagine how much the guilt has eaten me up. As much as I was dreading feeling the way that I did, I never imagined that it would be half as bad as what it was. Like with most things in life, I found talking about how I was feeling really helped. Aside from Dan and two of my closest friends, no one else knew how I was feeling. While I was going through it, I wasn’t ready to open up to anyone else, but those three got me through it just by knowing how I was feeling and not once judging me.

I’ve had a lot of realisations over the past year which I’m going to share with you all just in case they might help anyone else who is going through this too.

The first is that, I already have a baby girl. The second is that my favourite things about my little girl aren’t the pretty dresses, it’s all the other things that make her who she is. And at the heart of who she is, she’s no different to a boy. We play outside in the mud all the time, she likes to be boisterous, she’s cheeky and she LOVES dinosaurs. These are all things that are commonly associated with having a boy and so really what I’ve really realised is that raising a boy will be no different. (He is 8 months old now, and I can confirm that it has been no different at all.)

Another part of the guilt that I’ve experienced came from how superficial it all felt. Some people go to their scans and are told that there is a serious problem with their baby, and yet here I was moping about gender. But I always say, you really can’t help how you feel. Reminding myself that my feelings were valid helped with this guilt. Although there are people going through much, much worse, that doesn’t invalidate my feelings at all.

There will be people who disagree with me writing this post, but I didn’t write it for you. I wrote it for the people who are reading along and nodding, and hopefully feeling just that little bit less alone. If you are one of those people, just know that it does get better, you are not alone and you are not a bad mother for admitting to having had a preference.

And if my son ever reads this blog post and questions if he is loved, then we clearly have bigger problems than just this post.

My boy, I love you so much and I will continue to show you that every day of my life.

Adding Character To The Children’s Bedrooms With Posterlounge & A Giveaway

Oh hi there! I'm Hanna, mum of two, blogging my way through the highs and lows of it all. Here to cheerlead for other mums, to remind you that you matter too, and to give you the inside scoop on Motherhood. (ps I'll let you in on a secret, no one else knows what they are doing either)