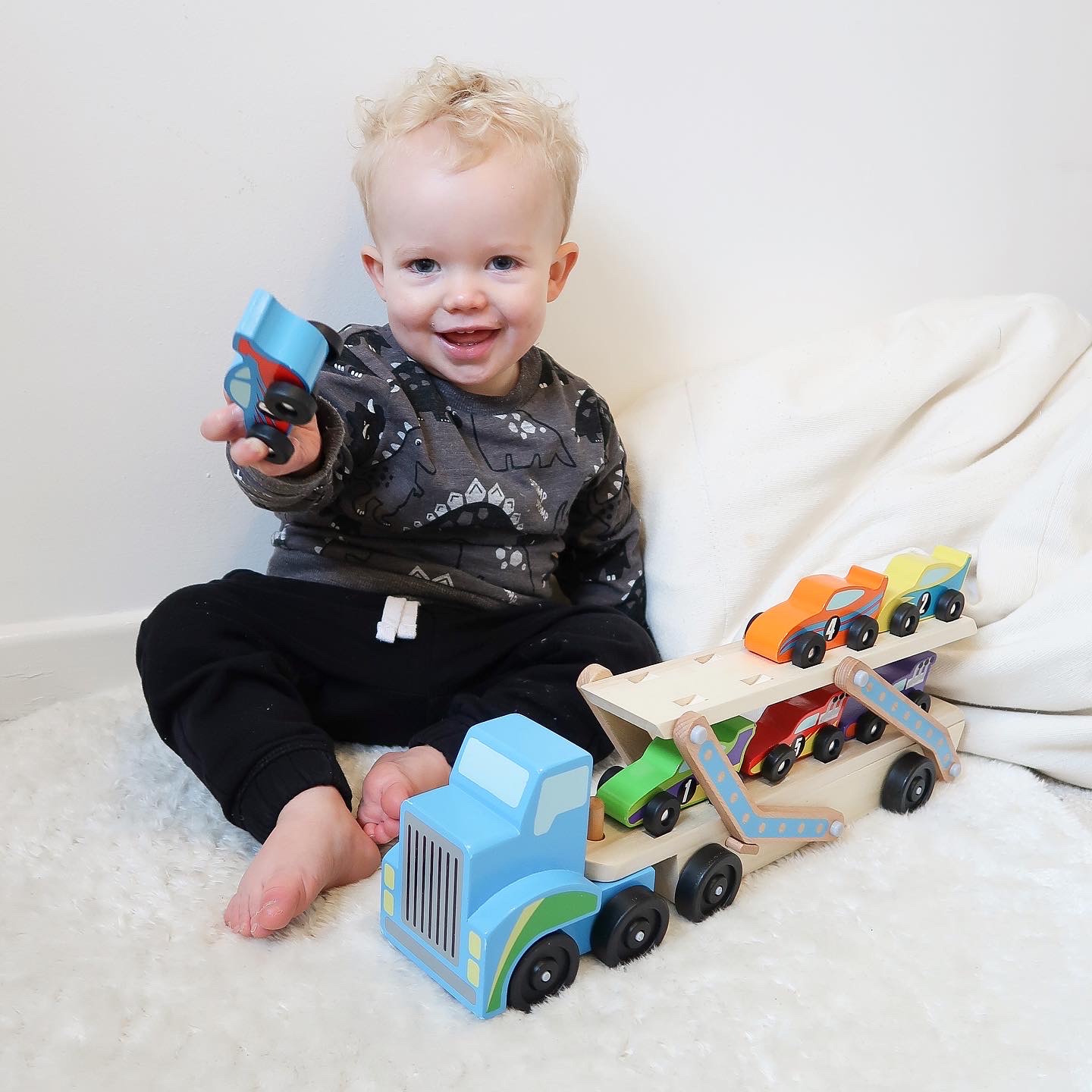 Ahh the second child! The impossibly hard to buy for child. Am I right? Anything Ernie could possibly want or need, we generally have already somewhere either in a toy box or stored ready and waiting for him in the garage. I’m sure this will change as he gets older and his own tastes and preferences start to develop more, but currently I really do find it an impossible task to choose him anything new. But I’m also very aware that although at 18 months old, Ernie couldn’t care less whether he is getting something new or a hand down from his sister, I don’t want Darcie to think the world totally revolves around her. She needs to know that her little brother deserves presents too. END_OF_DOCUMENT_TOKEN_TO_BE_REPLACED

It really is such a minefield trying to buy Christmas presents for toddlers, there is so much available these days that it’s hard to know where to even begin! That’s why I’ve put together this list of some tried and tested products and some new ones to give you some pointers if you are stuck for ideas. END_OF_DOCUMENT_TOKEN_TO_BE_REPLACED

Whether you’re looking for inspiration for a gift for your mum, your friend or even if you just fancy treating yourself – I hope there will be something in here that tickles your fancy and brings some Christmas joy this year! END_OF_DOCUMENT_TOKEN_TO_BE_REPLACED

Of all the people I have to buy for at Christmas time, it is always the men that I find the hardest. I’ve put together a list of a variety of things that I hope will inspire some of you if you are struggling to find a gift for the men in your life. END_OF_DOCUMENT_TOKEN_TO_BE_REPLACED

Sleep is hot topic among us parents, isn’t it? I’m pretty sure every parent has struggled with their child’s sleep at some point. Whether that’s just a difficult sleep regression or some harder, ongoing problems. I remember writing a post all about Darcie’s sleep when she was a baby, she was definitely a ‘below average’ sleeper and that’s putting it nicely! When Ernie was born he slept very well, so well in fact that I became almost quite smug about it. I felt like the universe had put me through my paces with sleep from my first child and now it was giving me a break – a child that slept! He was the total opposite to Darcie, perfectly happy to sleep in his Moses basket away from me and only woke once or twice a night for a feed, right from the word go. For the first four months of his life I would proudly tell anyone who would listen all about my amazing little sleeper, until that is, he stopped. My old friend the four month sleep regression clearly remembered how much fun we had had together the first time and decided to go in again for round two. Ernie was still happy enough to sleep in his own bed but not for any good length of time at all. The night feeds became more and more frequent and he would never wake up happy anymore as he had obviously woken before his body needed to. Slowly but surely I drifted into the life I knew so well of sleepless nights, and snappy, irritated days. END_OF_DOCUMENT_TOKEN_TO_BE_REPLACED

We recently celebrated Darcie’s third birthday. The fact that I am even having to write that on here shows how long I’ve been neglecting this space for – however, if you follow me on Instagram you would be more than aware of that fact (sorry again blog for the recent neglect). It can be really hard to know what to buy for birthdays, especially these days when the options seem endless. With that in mind I’ve put together a list of products that Darcie is loving at the moment in the hopes that it can be useful for anyone currently in a present buying panic. This was never intended to be a ‘girly’ gift guide however when I rounded it all up a strong unicorn/fairy/pink theme became apparent. (I don’t even know if you’re allowed to say girly these days, but it just seemed like the best way to sum it up. All of these items could be for boys or girls). END_OF_DOCUMENT_TOKEN_TO_BE_REPLACED

Oh hi there! I'm Hanna, mum of two, blogging my way through the highs and lows of it all. Here to cheerlead for other mums, to remind you that you matter too, and to give you the inside scoop on Motherhood. (ps I'll let you in on a secret, no one else knows what they are doing either)